The macromolecular machines of life use allosteric control to self-assemble, dissociate and change shape in response to signals. There are many potential nanotechnological and biomedical applications for controllable assemblies such as those observed in biology, including smart on-demand drug delivery systems. However, designing nanoscale assemblies with these features has proven to be tremendously challenging. In fact, the design of protein assemblies has recently become a very hot topic, but all the reported successes focus on static, rigid assemblies. 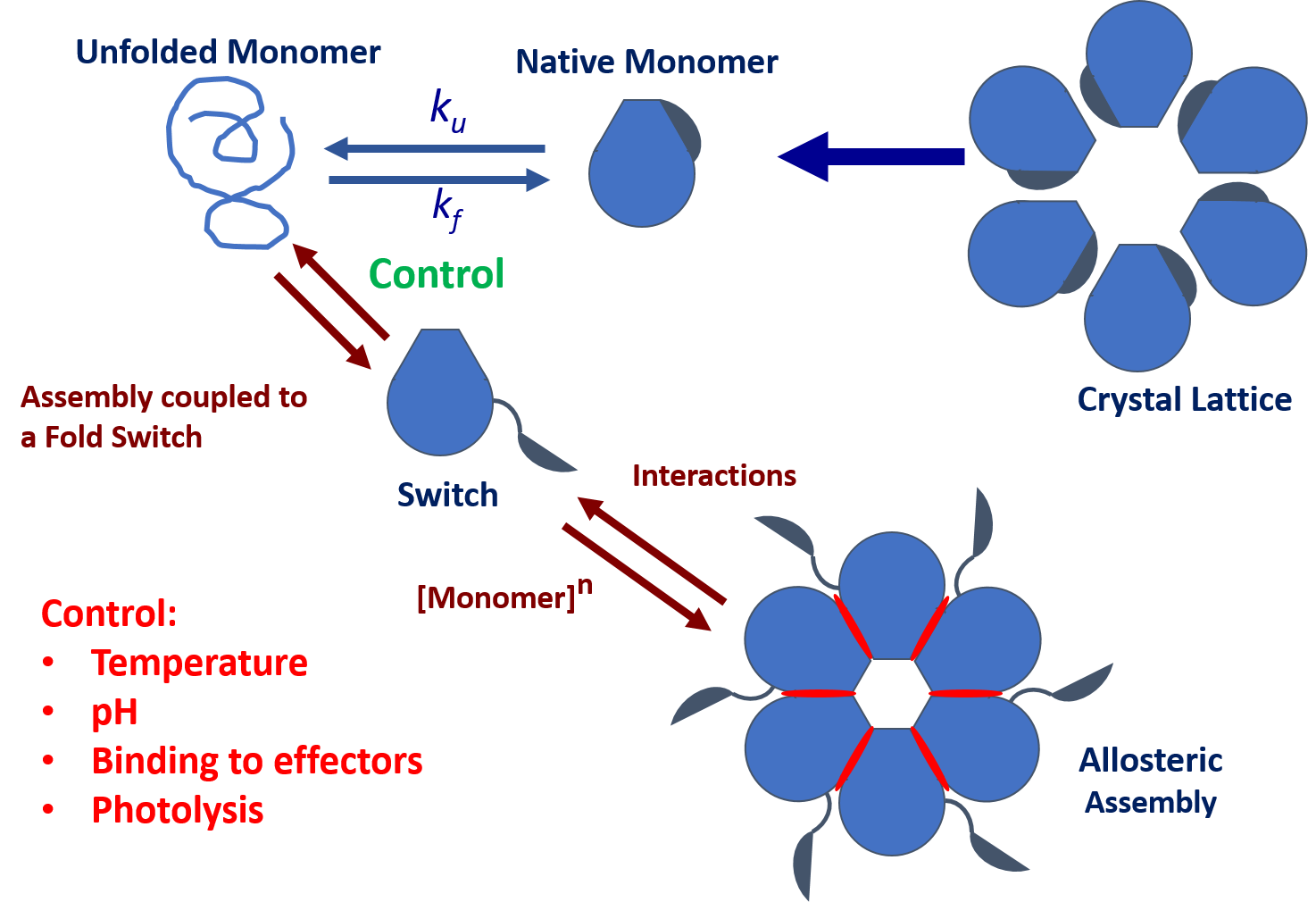 In our group, we have recently pioneered an approach to build allosteric protein complexes in which the assembly-disassembly process can be controlled externally via a built-in conformational switch. Our strategy to achieve allosteric control is based on thermodynamically coupling the assembly process to a fold switching transition of the protein monomer. In the switched fold configuration, the monomer exposes a sticky surface that is hidden in the native fold, thus triggering the assembly process. We are using these ideas to design macromolecular assemblies that can be formed or dissociated on demand. The design strategy involves: 1) engineering the globular protein monomer to undergo a fold switch transition with a certain probability; 2) identify the symmetry, stoichiometry and potential inter-monomer interaction interface from the packing arrangement of the monomer in its crystal lattice; 3) use protein engineering to create a sticky surface on the inter-monomer interface of the fold-switched conformation. The assembly process becomes then controllable externally by any factors that alters the native-alternate fold equilibrium of the monomer, such as temperature, pH or binding to effectors. We are currently very actively working to make proof of concept of such allosteric assemblies, and are also investigating the effects that various parameters have on the assembly process with the idea of defining ways to improve the selectivity among different assemblies (symmetry and stoichiometry), control the stability of the assembly, make the allosteric switch response tunable, and introduce strategies to control the fold switch via an external transducer, such as for instance introducing photo-switchable triggers or coupling the switch to a redox reaction.